Water: the message from water

The book 'Message from Water' written by Dr. Masaru Emoto has topped sales. Since it became known that he was going to hold a speech in Munich in the middle of July 2001, 500 seats had been sold so quickly that a second date had to be set the next day, Tuesday, at 10 am. You would think that at such a time in the middle of the week hardly anybody would have attended, nevertheless there was an audience of 350 people. 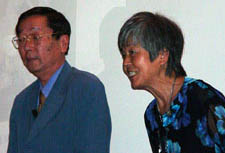 Emoto amused the audience right at the beginning of his speech by stepping on the middle of the stage, producing his camera (how can you tell the difference of a real and a fake Japanese? The fake Japanese won't have a camera) and taking a picture of the spectators. He said he had done it because otherwise nobody at home would believe that so many people in Europe turned up and listened to his speeches.
What does Masaru Emoto do? In brief, he distributes single water drops of different waters in little bowls and freezes them at -20 degrees centigrade. The water congeals to a hemispherical shape with a tiny little peak on its highest elevation. If you look at this elevation in the laboratory under a microscope at a 200x magnification, you will notice a structure in the water, or you don't.
Emoto found out that healthy water builds a hexagonal crystal structure and bad water doesn't. Healthy is pure spring water and unhealthy is almost every tap water, water from stagnant lakes, water that contains toxins or has been put into the microwave, etc.
In Manhattan, New York the tap water contains as the only one amongst the tested, little crystal structures. The people over there store their water mainly in cisterns made of pine, on the roofs. Obviously the water 'likes' that, whereas in Japan the tap water looks unusually disgusting, mainly because it contains a lot of chlorine. Nevertheless almost everybody drinks this tap water and over 20 percent of the population suffers from allergies. Emoto likes to think that there is a possible link.
The human being consists of 70 percent water and if the quality of the cellular water is low, all of the body's defences are unbalanced, but you can do something about it, and we are going to explain more.
In the last 8 years there have been more than 10,000 pictures taken of water drops under the microscope. Some of them are published with explanations in a pictorial (English-Japanese with a German booklet) called 'Message from Water'.
One of his most important discoveries in all of those years was that the state of the water is not stabilized but influenceable. Very unmistakeable and reproducible at any time the structure of water reacts on vibration, music, the power of thought and words at any time.
Emoto showed the audience a variety of slides of beautiful, creative crystals and he sang to them, showing what melody he exposes to water (distilled water was the original water he used in his experiments). As soon as the audience recognized one of the classic melodies, they started to hum along and all of a sudden everyone joined in. Shortly afterwards everybody burst into laughter since it sounded more like being in a church than at a scientific lecture.
The only thing he wasn't able to sing was Heavy Metal. Obviously the water didn't like the sound test because it didn't build any crystals but a few harmonic constructions (see photographs: first picture Emoto and translator). 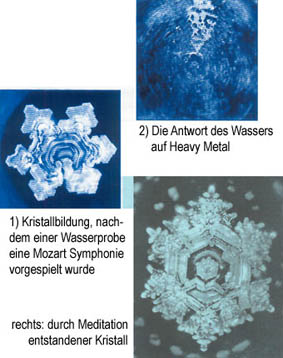 Picture 1) Crystallisation after the water has been exposed to a Mozart Symphony
Picture 2) the answer of water to Heavy Metal
Right: a crystal developed through meditation

Emotos pictorial can be obtained in Japanese or English at:
info@satjanas.de
http://www.satjanas.de
(This is in Germany; unfortunately the book has not been published in the USA yet)